Motorcycle-loving senior dog gets his own sidecar

Sox is a beautiful husky who loves to ride the motorcycle with his dad Michael Fiala. According to Michael, if Sox wants to go for a ride, he will run towards the bike and hop on.

He waits for his dad’s permission, and as soon as Michael tells him to ride with him, he is super happy to go on a trip. He has his own goggles and helmet and rides with Michael in the back seat.

Sox and Michael started to ride on their motorcycle around 10 years ago. So, when Michael decides to go on the trip throughout the entire continental U.S and Alaska, he brings Sox along with him. 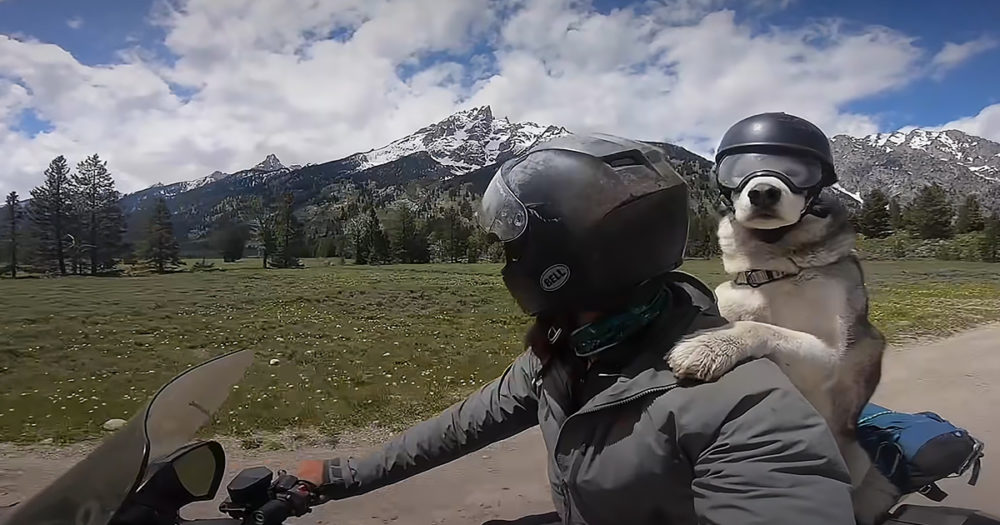 Michael takes care of Sox and knows every little thing about him. They are always together and are best companions. However, one day Michael noticed a small bump on Sox’s neck and was told by the vet to observe the growth of the tumor.

Sox got six of the tumors removed. Unfortunately, he had two different types of cancer. Michael was devastated to know how sick his best friend was. Sox loved to go on adventure trips and trekking, and it was hard for him to do nothing at all.

However, Michael was glad that Sox recovered soon. They traveled to 43 different states, 43 different national parks, and above 100 national forests. Unfortunately, Sox was getting older and had a hard time adjusting to the long trips.

Hence, Michael thought of getting a trailer added to his motorcycle. This trailer was a box that was built by Michael and his dad. Sox is comfortable in this trailer. However, Michael still feels that Sox would love to sit behind and enjoy the ride when Michael rides the bike.