Majestic mare allows doggo best friend to ride on her back

A dog named Robin and a mare named Teddy are touching hearts online with a video of them and their special bond.

Emily Sebryk adopted Robin, and the first one to meet him was her horse, Teddy. Robin looked at Teddy as a mentor. He would always follow her around the whole arena and would try to mimic her. But gradually, Robin understood that he was not a horse.

Teddy and Robin share an extraordinary bond. Teddy thinks of Robin as a close companion while Robin treats Teddy as his whole life. They do all the beautiful things together. 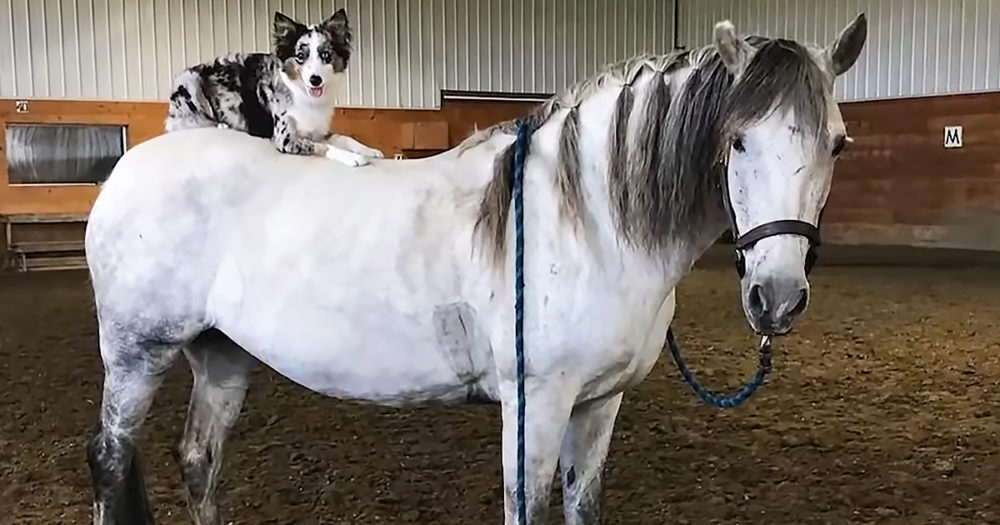 For Emily, Teddy is like a giant puppy. She likes how Teddy is always there for Robin and keeps a watch for him. Whenever Emily rides Teddy at the end, Robin makes sure that he gets to ride as well. This is like his reward at the end of the day.

Emily lets Robin and Teddy play in the open arena. Both the friends enjoy their time chasing and playing with each other. Then, Emily decides to take Robin on a trail ride while she rides Teddy as she did with Truly, the senior dog.

With Truly, Emily had to stop and wait for a while so that Truly would catch up with them. She has been doing that for 11 years now. So, after riding for some time, she did the same for Robin.

However, to her astonishment, Robin was standing right beside Teddy. This opened a whole new world of opportunities. Now they go on a lot of adventure trips and have a fantastic time together. It’s like Robin and Teddy are soulmates.