Dog patiently waits for his baby brother to grow up

Argento, the German Shepherd dog, lives with his family in St Paul, Alberta. His owner was due to give birth, and he was also very excited to meet his little brother. So, he was always around his mom and dad, trying to figure out what new things they were preparing for the arrival of his little baby brother.

The dog even goes and meets his mom at the hospital. He is curious to find out what is going on. Argento even silently observes his dad when he is building the bed for the young one.

When the owner reads him a book for children, he listens to it patiently to read them to the baby to make him sleep. The owner even captured a moment where Argento carefully stood up with his paws on his mother’s belly and was sniffing curiously. As if he wanted to hug the baby. 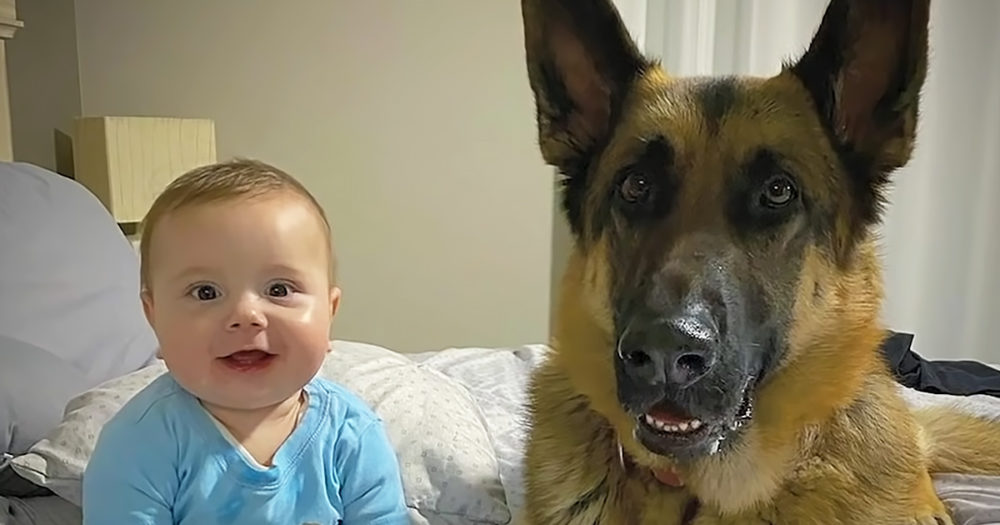 After the baby was born, Argento was super happy to find this baby brother beside him. He would kiss him softly and sniff him with curiosity. He always wants to be close to his baby brother.

Argento did not mind if the baby was sleeping all the time. He would always be near his bed. However, if the baby is awake, he would watch out for him as his protector.

However, Argento’s wish of playing with his brother was still incomplete as the baby was tiny. So he would just wait for the baby to grow up. So instead, he loves to go on a walk with the toddler. His brother is still learning to walk, but Argento is happy to know he can play with him soon.

Even the toddler is very fond of Argento and has a very close bond with him. He loves to play with him and is even comfortable sharing his toys with Argento.