Dog learns to talk using special soundboard her human made

Christina Hunger is a speech pathologist from California who has recently come into the spotlight because of her innovative teaching. For example, she has taught her dog Stella to talk without barking.

The 26-year-old has developed a device to help her dog Stella use human language when she wants to communicate with her owner. The dog is a Catahoula/Blue Heeler who is very intelligent.

She has now learned to talk to her owner if she wants to go out or is looking for her favorite toy, or wants to have water. Christina documents Stella’s outstanding communicative skills online and has got a lot of recognition. 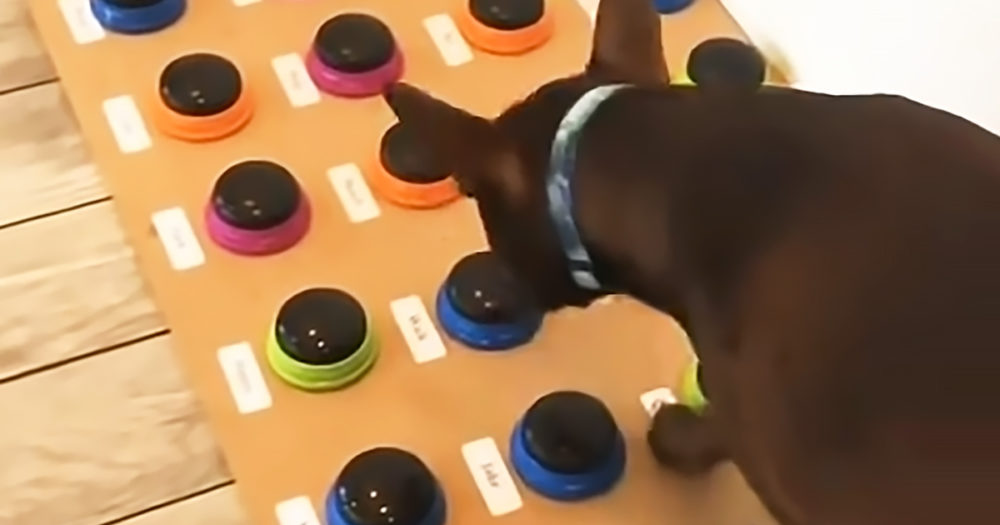 Christina created the adaptive device, which has substantial colorful buttons, and each of them has specific words that describe it. For example, objects such as a ball, places such as a park, and emotions such as happiness or anger.

She has made her dog understand various such words. Now, her dog Stella can communicate with Christina using this soundboard. Stella has learned around 29 words and brings a lot of joy to her mom when she presses the buzzer to communicate with her.

Stella could now use the small word and make small sentences similar to a toddler who has just learned to talk. She would convey her message by pressing each buzzer pad with her paws.

The intelligent pooch tells her owner even if she is interested in going outside by pressing Goodbye and outside. The whole thing started as a small experiment that later became a unique way of communicating animals with humans.